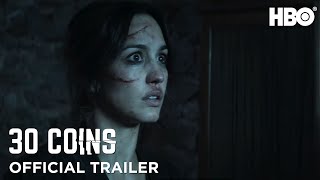 Directed and co-written by acclaimed horror master Alex de la Iglesia (The Day of the Beast, The Last Circus), 30 Coins takes viewers into a world where nothing is as it seems, and nobody can be trusted.

The eight-episode drama series follows Father Vergara (Eduard FernÃ¡ndez), an exorcist, boxer, and ex-convict who is exiled by the church to be the priest of a remote town in Spain. As his past and old enemies come back to haunt him, strange things begin to happen. An unlikely task force forms as Mayor Paco (Miguel Angel Silvestre) and local vet Elena (Megan Montaner) seek the truth, while reality is distorted by a cursed coin which is at the heart of a global conspiracy.