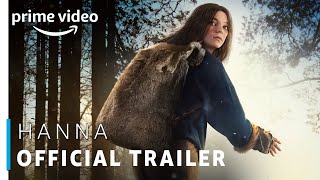 Hanna follows the journey of an extraordinary young girl raised in the forest, as she evades the relentless pursuit of an off-book CIA agent and tries to unearth the truth behind who she is.

The series was created and written by David Farr, directed by Sarah Adina Smith.

Hanna storyline :
In a covert Romanian facility, Erik Heller evades security to rescue baby Hanna. 15 years on, father and daughter live deep in the Polish forest. Erik has trained Hanna to be an incredible killer and hunter. Yet, keen to grow beyond the boundaries of her isolated world, she begins to venture away from home. This attracts the attention of CIA agent Marissa Wiegler, who has hunted Hanna since birth.