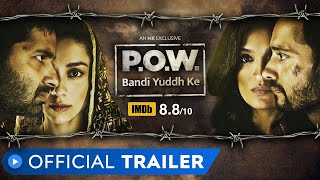 Yeh hai azaadi ki ek aur jung, jo bhaari kimat pe hogi khatam! In 1999, three Indian soldiers were captured and taken prisoners in Pakistan. After seventeen years of negotiations, Squadron Leader Imaan Khan and Officer Sartaj Singh, two among the three soldiers, are united with their families following their rescue in 2016. But, the third soldier comes back in a coffin.

Now, these two must strive to continue where they left off and adapt to an ordinary life despite the psychological and physical trauma of imprisonment and torture. As inaccuracies in their accounts arise, a government agent launches a covert investigation to learn the truth about their return.