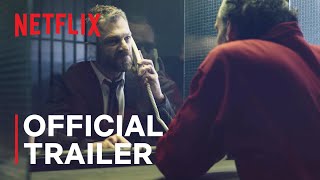 New Netflix Original series based on Harlan Cobenâ€™s novel. The Woods – June 12th. Only on Netflix.
Summerâ€™94 â€“ holiday camp based in the woods.
Four people went into the woods and never came back.
The police finds the bodies of two of them. Despite passing years PaweÅ‚ KopiÅ„ski (Grzegorz DamiÄ™cki), who is Warsaw prosecutor now, never recovered of loss his beloved sister.
Unexpectedly, he gets a new lead in the investigation, which seems to be related to the disappearance of the girl in 1994.
What really happened 25 years ago during holiday camp?