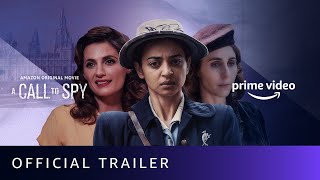 About A Call To Spy

In the beginning of WWII, with Britain becoming desperate, Churchill orders his new spy agency — the Special Operations Executive (SOE) — to recruit and train women as spies.

Together, these women help to undermine the Nazi regime in France, leaving an unmistakable legacy in their wake. Inspired by true stories.