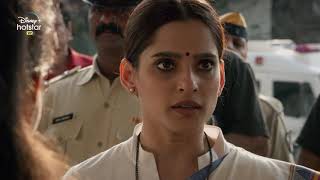 The internet series portrays various facets of society and individual behavior like power, greed, and vengeance, just like any other political play. The storyline revolves around the dispute within the Gaikwad family that breaks out following a murder attempt on Ameya Rao Gaikwad, a polarizing political figure. Confusing the lines between immoral and moral, a tussle for power makes the heart of this riveting series.

Although you will need to show a bit of patience till the series grabs some pace and that occurs when you find some friction generating between the Gaikwad siblings. It can be irksome but gripping. Aside from this, the convincing and powerful performances from the actors keep the audience wanting more.