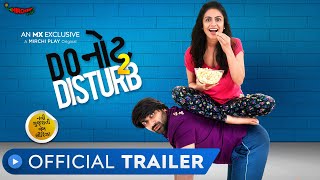 About Do Not Disturb:

They say 7 is a lucky number. There are 7 days in a week, 7 seas in the world and 7 colours of the rainbow. Maulik and Meera are unaware of what is going to hit them, now that their holy moly matrimony is 7 years old! Yes, a classic couple, in between not too young and not too old, but on the verge of chaos featuring identity, desires, society, and the need to reinvent while still having fun!

So, in Do Not Disturb Season 2, while we continue to peep inside the bedroom of Maulik and Meera, and see the madness unfold, we also step out with them and see them deal with the world and sometimes themselves.