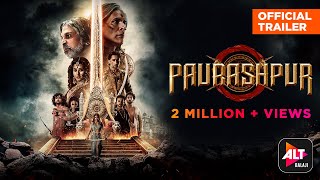 An oppressive king. A vindictive queen. An uprising against injustice and the ultimate battle of the sexes.