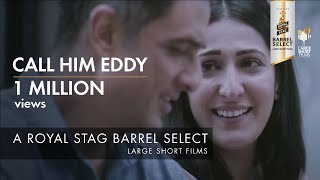 Every comedian has grown from a dark valley in his/her life. Similarly, a professional cuddler goes through a lot of emotional void in life which helps him to understand other person’s needs. In India, it is still not a profession nor it is legal but there are places in the world where cuddling helps a lot of people and is considered to be a stress buster/therapy. Cuddling is an emotion.

‘Call him Eddy’ is about a professional cuddler in India. Riya, a producer/documentary filmmaker, visits Eddy as she hears about him from friends and people around her. Riya thinks he’s a scam and it’s just another way of making quick money. The film revolves around these two characters.

Will Riya’s perception change? Or was she right about him? Watch the movie to find out.