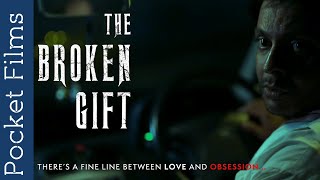 The film is inspired by a True Story that took place some time back in the city of Kolkata. The weird situations that play out during the film make it a one of its kind There is always a fine line between love and obsession, love ensures freedom while obsession often leads to possession. Love always stays eternal, It has no age, no boundaries, itâ€™s the beauty that lies between two souls. A lack of freedom and a feeling of possession makes life so claustrophobic that even death would seem legit. The Broken Gift is a story about the relationship between a mother and her teenage son when love turns into obsession and creates a strong desire to possess the other person, this feeling of possession often suffocates and kills the very fabric of the relationship.